Reversi is Ashirogi Muto's newest series. One of Weekly Shōnen Jump's most popular currently running manga, it managed to establish itself on top of the rankings, rivaled only by Eiji Niizuma's Zombie Gun. It replaced PCP in Weekly Shōnen Jump after the former series was moved to Hisshō Jump. Reversi is a unique Ashirogi Muto piece, because they have been able to create a mainstream battle manga using their non-mainstream style. An anime adaption of Reversi has been green lit by the editorial department of Shōnen Jump, winning over Zombie Gun. This Ashirogi work is what allowed Moritaka and Miho's dream to come true; she got the lead role for the anime adaption.

Reversi was initially published as a 52-page oneshot in the 21st issue of WSJ, right after the oneshot for Zombie Gun. It managed to take 1st place in the reader's questionnaire rankings. Setting a record of 694 votes, it beat the record for the highest number of votes for a oneshot Zombie Gun set in the previous issue (which was 692 votes).

Reversi is about a young man, Schwarz, who comes in contact with a demon of darkness and gains the power of that demon. With those powers, he is able to transmit his thoughts and ideas into the minds of people he touches. The main character uses this power to make everyone have the same ideas that he has, thinking that if everyone thought like he did, the world would be a better place. The society catches on and the police get involved. A demon of light, Weiss, appears, who is one using the demon's power, but uses it in a opposite way than the anti-hero of the manga, by returning the already brainwashed people back to normal. The two demons are opposing each other over ideology in how to destroy the world. Schwarz's demon wants to engineer humanity's destruction, Weiss' believes humans will destroy themselves without interference. Schwarz and Weiss have their own ideological opposition, though theirs' is over justice and which way is right.

In a scene of the first chapter, a new character, Naho is introduced.

She is a classmate and friend of Satoru (Schwarz). She questions him about his recent attitude, but Schwarz just brainwashes her and Naho now supports Schwarz' ideas.

In chapter 174, where the final chapter of Reversi going to be published, Takagi explained that Schwarz is a demon that lives inside Satoru as part of him and if one of them is dead the other would die as well.

In the conclusion of the story, Satoru promises Naho that he will become human again after defeating Weiss. He willingly lets go of Schwarz, dying a human while plummeting into the road with Weiss.

The readers reactions to this are nothing less than shock and amazement.

It has recently been decided that Reversi will get an anime adaption. The editor-in-chief had to pick either Reversi or Zombie Gun for an anime and Reversi was eventually chosen. The anime will premier in September and would make Reversi Jump's flagship it always aspired to be.

The choice of seiyū's will be decided by auditions and Mashiro's request for Azuki as Naho has been declined. Azuki will however still participate in the auditions. Reversi's director is Ehara, the producer is Tonaka, the animation director Tamiya and the writer is Ōbayashi.

After a gripping struggle of auditions and accusations of cheating, lying, and rigged voting, Azuki recieves the role of Naho by a land slide in the votes. Finally Mashiro and Azuki's dream from the beginning has finally been fulfilled. 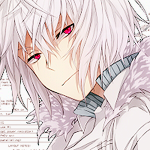