Shun Shiratori is an Assistant to Ashirogi Muto when they publish Perfect Crime Party and the mangaka to Rabuta & Peace, leaving his job as an assistant to do so. He is also not on good terms with his parents, due to them not supporting him and wanting him to not follow his dream. His whereabouts after the cancelation of Rabuta & Peace is currently unknown.

Shiratori is a cheerful person who initially doesn’t realize his capabilities, so he can be a bit bashful. Despite his soft-looking demeanour, he isn’t afraid to speak his mind. He loves art, and feels that it should be seen and enjoyed by thousands of people. This is in contrast to his grandfather, who purchased art and kept it in his house where people rarely saw it. He also loves his dog Peace, sharing an almost mutual wavelength in thought. He is also easily confused by apartments, as he once mistakes a bathtub for a pet toilet.

Shun is a talented manga artist and also one of the fastest drafters. Being a dog owner, he's has a deep understanding about the nature of dogs. However, growing up rich and privileged, he never learned the basics of cooking and cleaning; he later picked it up as he was taught by Takagi and Kaya.

Shiratori has short, light brown hair and a youthful, innocent face. He has downward slanting, dark brown eyes. He normally wears loose fitting sweaters that are the same color as the fur on his dog Peace.

Shun was born into the artistic and upper-class Shiratori family. He has a big sister and grew up around dogs; he has a close relationship with his biggest dog, Peace. Both his father and grandfather are successful artists (the source of their great fortunes), and his controlling mother had long planned to have Shun be groomed to become the next successor of the Shiratori house. Although Shun had inherited the artistic talents of his family, he wasn't interested in working on great paintings nor any great works of art; he was primarily fascinated by manga art and did his best to pursue those interests, despite his mother's controlling nature.

He graduated from high school a year ago (by Chapter 90). He applied to be Eiji Nizuma's Assistant, but the editors had already filled that position and so he was put in the position as Ashirogi Muto's assistant instead. He was rejected from art school and didn't think he'd make a good mangaka, but when he saw an advertisement to be an assistant he took the chance, desiring financial independence from his family's fortune.

Shiratori is introduced alongside Moriya as Mashiro's new assistants. Mashiro assess them alongside Orihara to do an undersketch of backgrounds to decide who will be drawing and the other two will be inking and finishing touches. Mashiro chooses Shiratori, and he is glad that he will be drawing pictures. Shiratori later asks Moriya what he considers Manga. He replies that it is a self-expression of art. Confidently, Shiratori replies that stopping at self-satisfaction is a pattern that won't sell and in Jump: sales are everything. Mashiro interrupts him and they ask for his opinion on the matter. He says that he is drawing to get serialized, but if he has the talent to draw something that leaves a deep impression on people, that is best. He further explains that in the age of his parents, it was thought that if you read manga, you'd get stupid, but manga has gradually become recognised as culturally significant. Mashiro tells the group that it’s fine for people to draw depending on their individual talent, and it‘s different for different people. Shiratori apologizes for his cockiness.

Shiratori originally got the idea when he saw his own dog, Peace, and drew a name for it. After he shows it to Takagi, Takagi likes the concept and revises it with him. They show it to Hattori, who praises it and suggests submitting it for Treasure or Next. Shiratori feels guilty, and credits Takagi for most of the story after the revisions, so Hattori suggests that Takagi do the story and Shiratori do the art. Shiratori does a 45 page manuscript for treasure in 20 days that Aoki Ko is judging. But instead of submitting it for Treasure, Hattori and Miura decide to run it in Jump with the opening pages in colour.

When Shiratori gets home, he greets Peace and tells him that a manga based on them will be running in Jump. His mother asks what "Jump" is and he explains that its a manga magazine. She insists that he should quit her job as a mangaka assistant and study art in Paris and that the arrangements are already made. This shocks and upsets Shiratori, he is left with the choice of working for father's make up company or go to Paris. He contemplates running away from home.

When Rabuta & Peace ran as a one shot, it came in 5th place. Shiratori is delighted but Takagi is indecisive about writing another series. Mashiro encourages him but Shiratori says that he doesn't want to cause them problems and explains the situation with his parents. Mashiro says that if he loves manga then do it, Takagi says he will write it but will drop it if PCP starts to slip because of it. Shiratori is happy and runs home.

In the most recent serialization meeting, Rabuta & Peace got marked for cancellation. Shiratori is not depressed about this, however, and decides to come up with a manga that will make his family proud. Shun's fate remains unknown. By the final events of the Reversi arc, nothing was detailed about Shun; it's unclear did he ever successfully publish anything new and/or him returning to his family.but it was shown in the anime that submit a new work with Kim is shown as his Editor 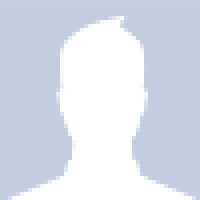 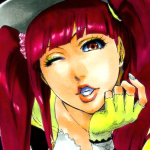 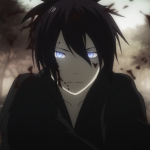